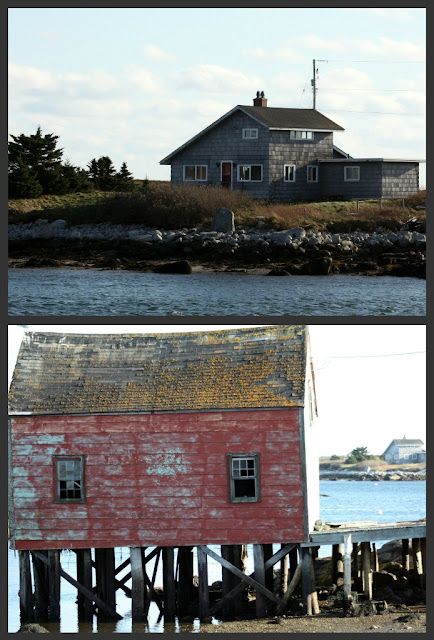 Two weeks ago, we visited Prospect Village,
Nova Scotia.  Enamoured with the village, we spent an afternoon exploring on foot. 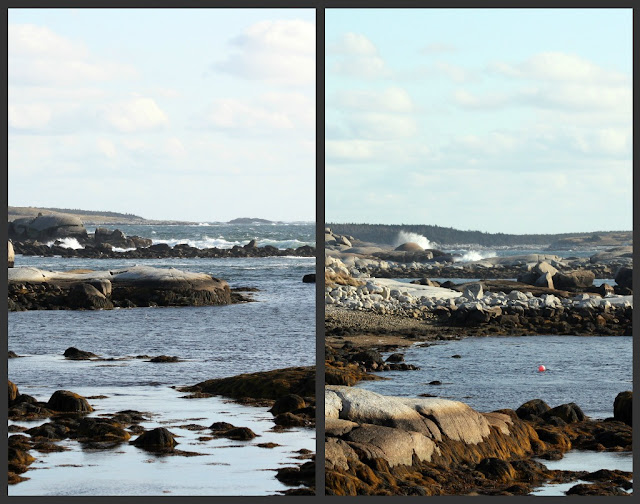 The original inhabitants were the Mi'kmaq people, drawn by
the fishing around Prospect Bay.
Later in 1794, Irish and English fisher folk settled
the Village of Prospect.

Though the area constantly endures strong winds and salt spray, perched on the rocky shore of Nova Scotia,
it is still considered to be a place of refuge during storms
and a good place to fish.
﻿

The name Prospect evolved from its earlier Mi'kmaq name, through subsequent mutilations by Irish and English explorers, cartographers and fisher folk.

We weren't the only foot travellers that day.  A photographer braved the winds and cool weather seeking to capture photos
of the wave action.

The trek through the village was time well spent.
What could be more peaceful
than a day with wind and water,
friendly people sharing history
and spectacular views at every turn? 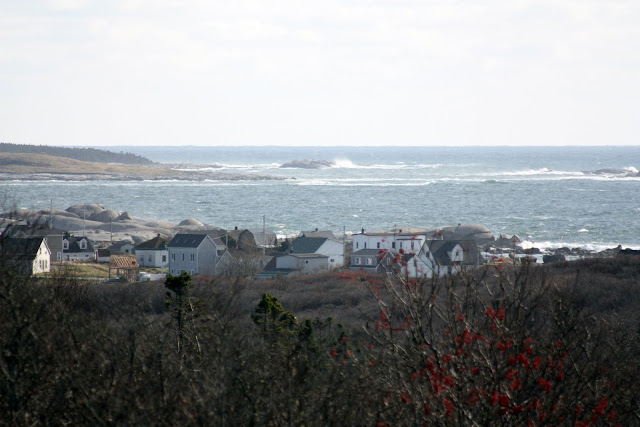 such beautiful photos, it looks a lovely place to explore

It is. There is something so soothing about being close to the shore, even on windy, cool days.