Surfing on the Petitcodiac River NB 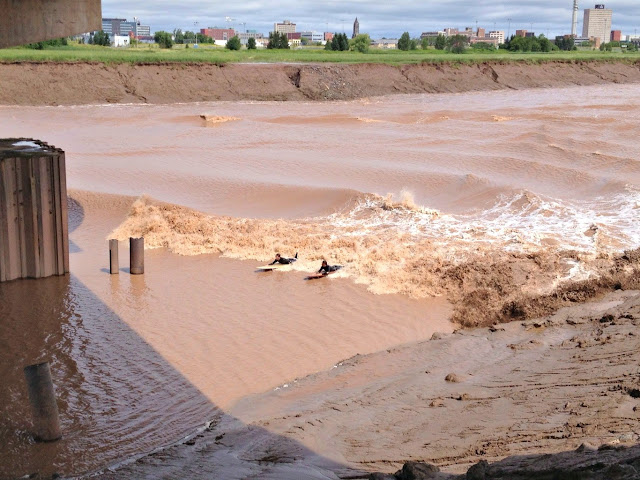 Surfing on the Petitcodiac River NB

For the past week, surfers have been riding the Tidal Bore on the Petitcodiac River, NB.  On Tuesday and Wednesday, Colin Whitebread and JJ Wessels set a record for the longest distance surfed on a wave in North America for their 29-kilometre, two-hour ride.  Whitebread estimated they were surfing at about 10 to 14 knots when they travelled around the bend in the river in Moncton. 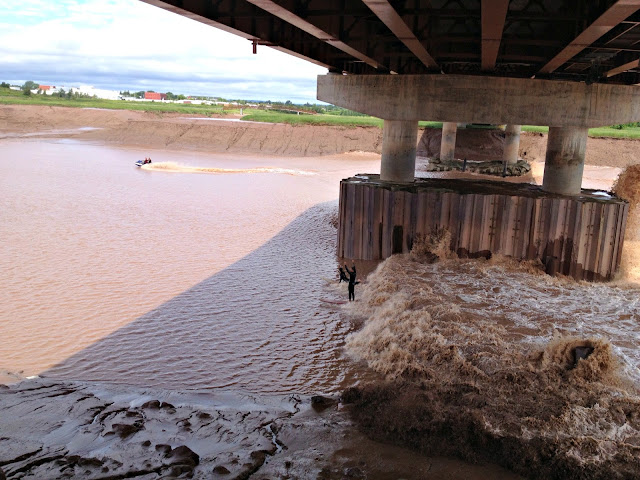 These competitive athletes had studied the river and had support staff on Sea-Doos, in case of falls or accidents.  Moncton Fire Department Chief, Eric Arsenault said, “It’s a powerful river and certainly not … for the novice or recreational user.”  One of the professional surfers slightly injured himself this week, so the Department warned the public not to attempt surfing the river.  The currents were strong, particularly along some sections of the Petitcodiac River.  Whitebread said, “There were … sections that could have been life-threatening.  There’s so much power, behind this thing.”

Thousands of spectators watched, as the men travelled the Tidal Bore’s waves up the Petitcodiac River.
(These photos were taken by my husband on his I-phone as he stood under the Gunningsville Bridge.  The direct quotes were taken from the Times-Transcript dated July 25 & 26, 2013.) 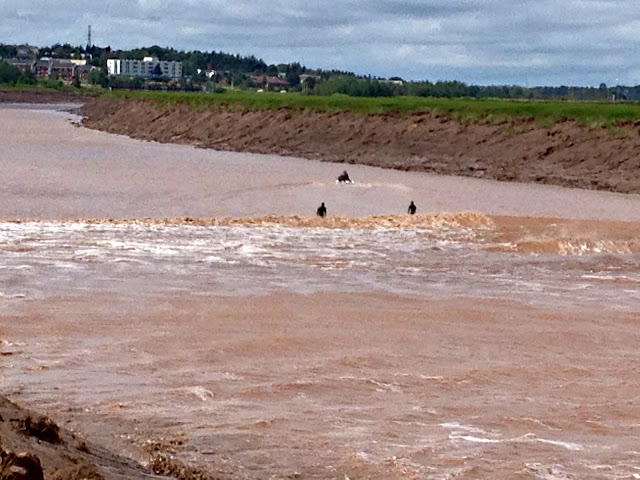 Hi Carol. Thanks for the photos. A real world-phenomenon. I love the nick-name for the river (Chocolate River). Jane

Hi Carol, really enjoyed those photos.
I have been to the Petitcodiac River, was a long time ago though.
I'm from NS and go back to see family about every few years.

Well, it is scary looking watching them. It's also scary to know there is pollution in the river that could cause serious health problems to the surfers if they aren't vigilant. And from time to time, there are small sharks in the river, also a danger.

I was happy with the photos and am glad you are too. Thank you.