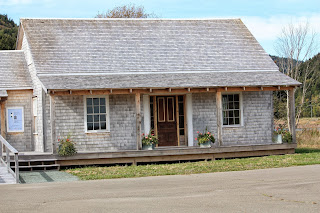 Last week, we had relatives visiting
and sightseeing from England. 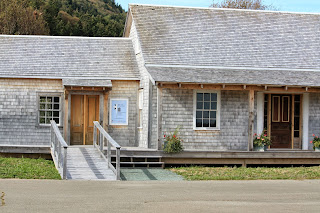 We took them to Alma to look at the Molly Kool Centre Inc. 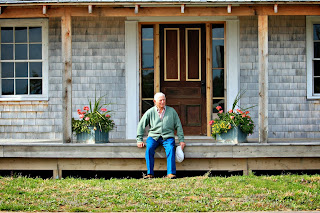 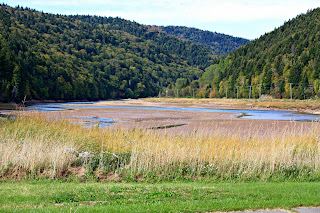 This is the view from the back of the Centre. 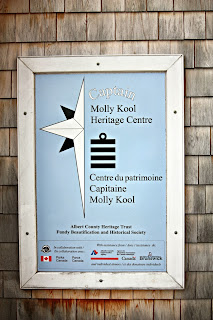 The Molly Kool Centre Inc. celebrates
the life and legacy of the woman from Alma (1916-2009)
who became the first registered female sea captain
in North America (1939), and the second in the world.
Ron was in the Navy, then worked for years as a shipwright in dockyards in England.  He bought a copy of the biography of Molly Kool at the Cleveland Place Book Shop.
It was intriguing to see the Centre with him,
and see it through his eyes.  He noticed much that we didn't
and added explanations from his own experience.
I've written about the Cleveland Place bookshop previously;
you can read that post by clicking on this link:
http://carolsteel5050.blogspot.ca/2013/09/cleveland-place-bookshop.html
If you'd like more information about the Molly Kool Centre Inc, please click on this link:  https://www.facebook.com/pages/Molly-Kool-Centre-Inc/435156079850424
Posted by Carol Steel at 3:05 PM