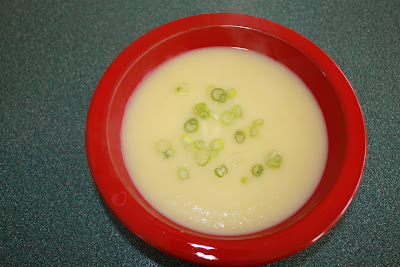 While the weather too is shifting appreciably; mostly it remains cold, windy, and bitter with temperatures hovering in the vicinity of the freezing point in South East New Brunswick.  The enormous snow banks are shrinking, metamorphosing into rivulets of water slipping and gurgling down the storm drains, as the spirited sun now warms the mid-day hours.

Each day still brings sporadic snow flurries and each night produces temperatures that sink below freezing.  It would be unwise to put away the boots and the winter coats just yet.

However, despite the crisp air, there are longer days and promising blue skies, harbingers of warmer times.  We’ve decided that it is a marvellous day for a walk.  The roads are bare, at last.  Walking, in winter wear but with the luxury of sneakers, is possible.  We’ll come home after our brisk stroll around the neighbourhood, to warm ourselves with hearty homemade leek and potato soup, steaming fluffy biscuits and a welcome fire.

The leek and potato soup recipe is from Bon Appétit, May 1996.  I added green onions to the soup and also used them as a garnish, instead of the recommended chives.  I chose Yukon Gold (yellow) potatoes instead of the russets and added a few more of them than the recipe suggests.  The soup is beautiful, a buttery gold colour under mini circles of chopped green onion; thickly substantial with subtle, delicate flavours.  The biscuits come from an old recipe of my grandmother’s - - whole wheat flour, shortening, egg and milk with a bit of baking powder, salt and sugar.  Here is a comparable recipe. Our warm-up brunch will include a mixed salad of organic greens tossed with orange-ginger dressing.

An immensely enjoyable brunch in front of our fireplace; tummies and toes warmed.

Though it is still cold, the weather is rapidly changing, drawing closer to exhilarating spring.  From inside, it looks warmer than it really is.  Petite hopeful bits of fresh green peek from under the melting crystalline snow.  The gaining sun warms the damp earth and coaxes fresh life… births another spring. 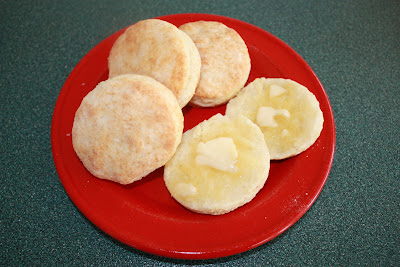