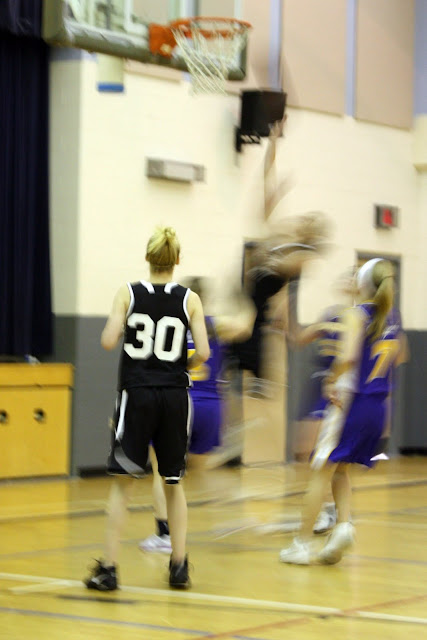 We are lucky!  We have 10 grandchildren with another on the way; a new wee one due next May.  We are not so lucky, because all but 2 live far away from us.  It is hard having 7 grandchildren living in other provinces and 1 more living in another country!

Last weekend, we had the pleasure of watching our eldest grandchild play basketball.  She is delightful, tall, lanky and fast on her feet. 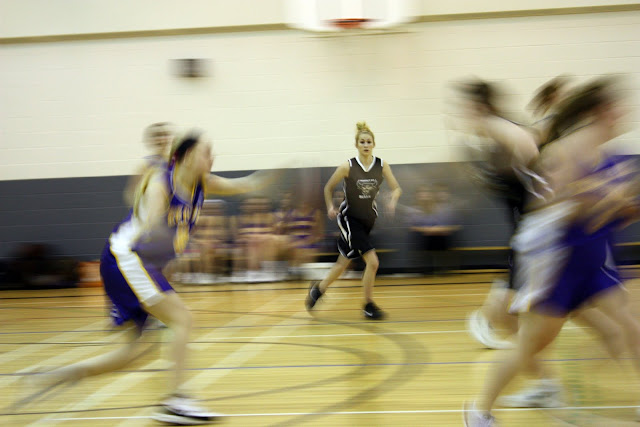 It was amazing to watch her using her arms and ability to move quickly to block shots on the basket.  She is very good at that! 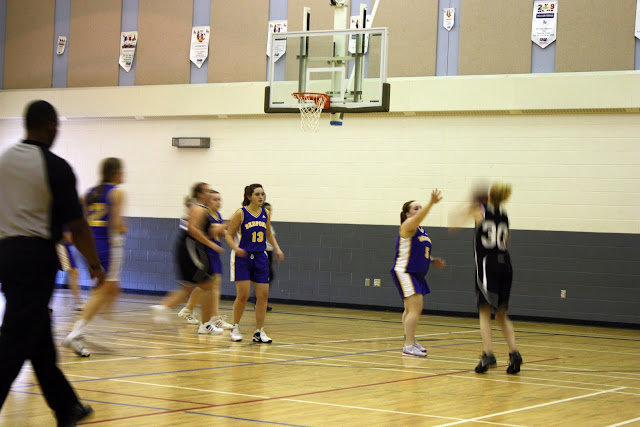 She made several baskets herself during the game, helping her team's score. 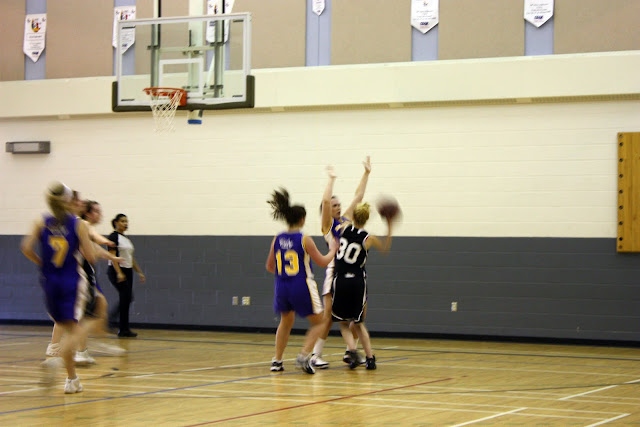 Even though she scored points for her team, they didn't win.  She says that's not what is important, though they win as much as they lose. 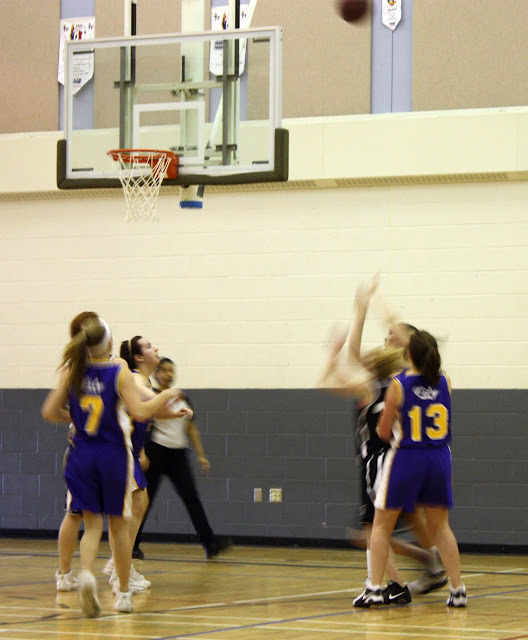 She says what's important is playing as part of a team, where everyone gets equal court time, no matter how skilled they are. 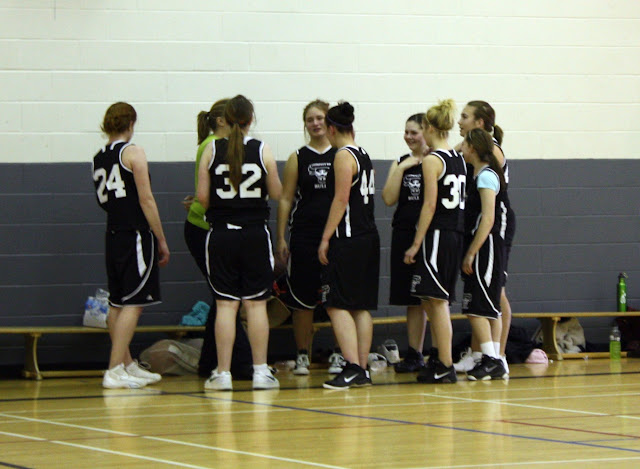 They lost but had fun, felt appreciated
and encouraged by their coach.
They were good sports and enjoyed the game
and being part of the team.
Good lessons for a grand-daughter to know!
Posted by Carol Steel at 6:08 PM

Good photos, mum! I love the ones that are all blurred except for Zara.

Thanks. I like those too. It was great to be able to watch her play. She is very good at it!