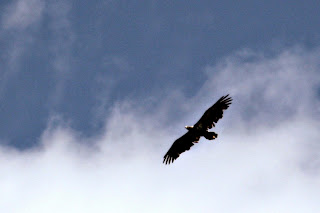 Our first night on Big Tancook Island, we watched this eagle soar and float over the shoreline, hunting for food in the out-going tides. 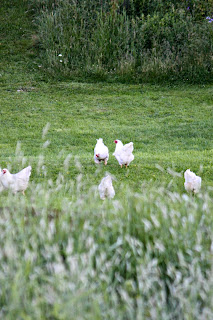 The neighbour had chickens running free
around his yard and sometimes,
they came over into ours to visit. 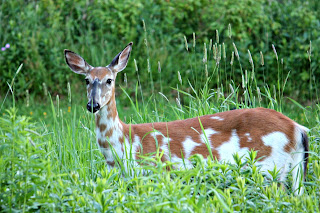 This young deer had unusual markings and seemed always
to be by herself, at the edge of the graveyards and fields. 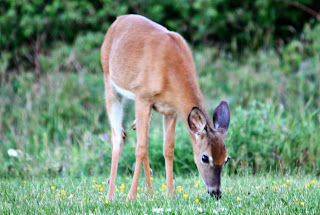 This deer had many fast-moving companions
but stopped long enough for me to capture her photo. 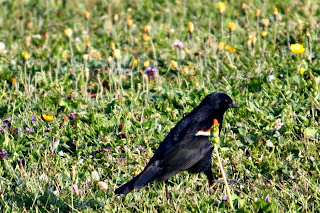 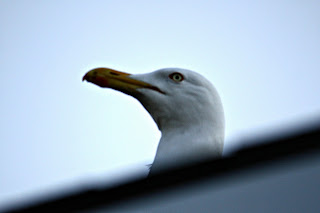 And one herring gull made it his business... 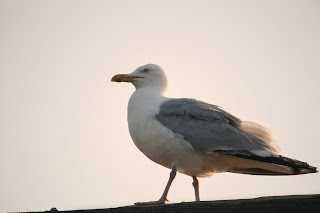 to patrol the roof edge, whenever we barbecued.
We shooed him away many times, as we cooked. 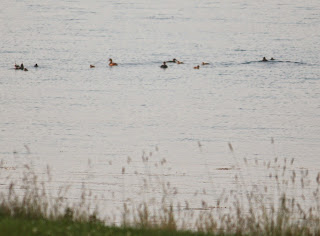 Diving ducks floated in circles on the out-going tides,
disappearing under the water for food.
I wasn't able to get close enough
to identify them. 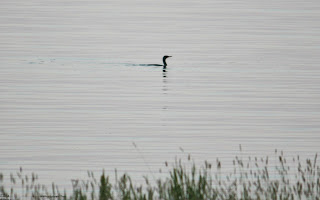 On calm evenings, we watched and heard loons,
at the water's edge.  The evening light looked like stripes
on the water's surface.

Big Tancook Island, off the coast of Chester in Nova Scotia, has white-tail deer, muskrats, mice, rabbits, snakes and many birds. Walking the trails or the shorelines, we were often rewarded with encounters with the natural world.

It was a pleasure visiting Big Tancook Island, a beautiful, peaceful place of heart's ease.