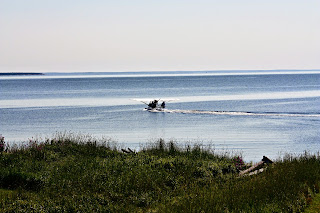 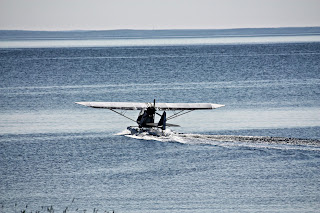 The first morning in our rental cottage
on Big Tancook Island, our breakfast was
interrupted by strange sounds. 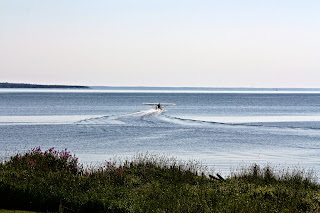 When we went to the deck to check it out,
we saw a Spectrum Beaver SS ultralight
aircraft taxiing out on the southeast cove. 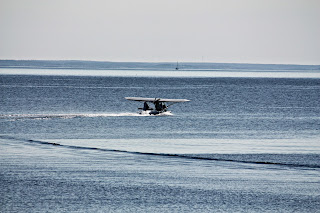 The pilot (neighbour Neil's son) spent some time
getting the feel of the plane before
going out further into the bay,
toward Ironbound Island
turning... 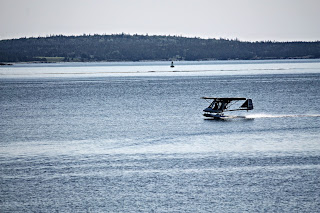 heading back towards the cove and shallower waters
while picking up speed. 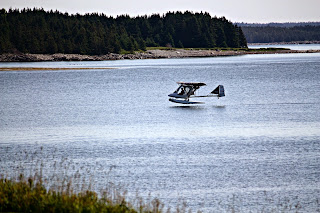 He gained enough speed that he was able to lift off, 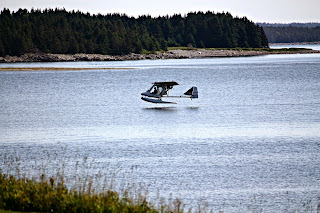 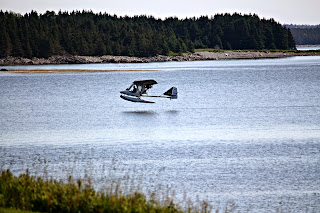 then higher, before descending 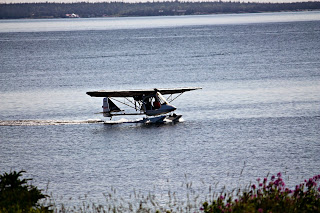 and heading back to the dock for a consultation
with watching family. 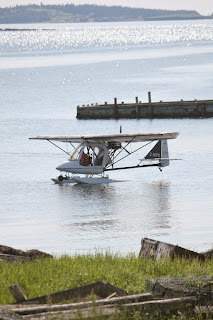 He sat and floated while talking things over, 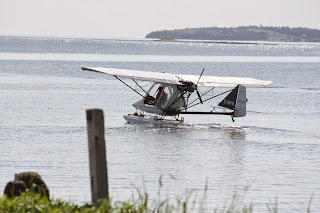 then he tried the water again.
When that didn't work, he returned a second time.

they leveraged to remove the ultralight from the water.

We talked to Neil's son later in the day.
He had scared himself slightly
with going airborne, his family as well.
He had plans to remove the pontoons
(which he had bought separately
and attached to the ultralight), to move
them back further on the plane...
or perhaps even to sell it.

After watching and worrying from the dock,
selling was an idea his father liked very much.

*The home-built Spectrum Beaver SS
(single seat) is similar to the RX-28,
but powered by a 40hp (30KW) Rotax 447
engine and a wing derived from RX550 Plus
design, with additional ribs.

Words in coloured text will take you to another site
with additional information, if you click on them.
Posted by Carol Steel at 9:05 AM