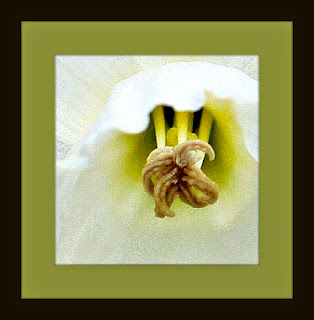 “You need to find a writing group.”


This was the repeated answer to my question: “How can I obtain feedback on my writing, so I can write better poetry?”


Finding a writing group meant searching for a collection of writers and poets who would read their work, and listen to mine, then share comments with one another, share critiques, suggestions, challenges and advice.


For example:  This line works.  This image doesn’t, because….  This isn’t poetry; this is prose.   What are you trying to say?  This has no emotional impact.  This word really pulls this together. This gives an impression of beauty, but so what?  That is a fresh metaphor.  Wow, that’s great.  I’m not sure what you’re trying to say.  You need to take another look at this.  That’s a slippery ending.  Is there something more you want to say here?


To be in a writing group, I had to learn to be open to what others said about my work, without comment, without argument, without feeling offended.  Learning to be a better writer, a better poet required tight listening, willingness to change and  to explore different ways of expressing myself.    Like learning any skill, I had to try and try again, to figure out what worked, what didn’t, why a change was needed and how to adjust what I was doing.


I am still learning and will continue to do so.  It feels like learning to swim.  I can float but want to be able to do more than a dog paddle.


A little over a year ago, a writing group invited me to join them.   I am so grateful for these writers and poets.  They have been kind and honest, wise and funny, and always supportive.   They have pushed my growing edges and kicked me into the deep end of the pool.  Every so often, I write a poem with which I am pleased.  And without swallowing too much water, I can now keep my head above the waterline and am learning to write better poetry.


Thank you to Elizabeth Blanchard, Allan Cooper, Beth Janzen, Kerry-Lee Powell, Lee Thompson and Andre Touchburn.   I appreciate each of you, your differing gifts, your shared talents and wisdom.  Thank you for welcoming me and for the opportunity to be in this writing group with all of you.
Posted by Carol Steel at 9:55 PM 8 comments: 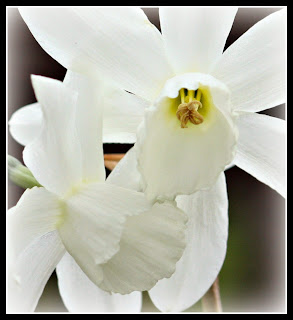 
Apology:  When I transferred this blog entry from Word to the blog site, the line spacing became confused and I am unable to sort it back.
Posted by Carol Steel at 8:10 AM 10 comments:

A Time of Sorrow 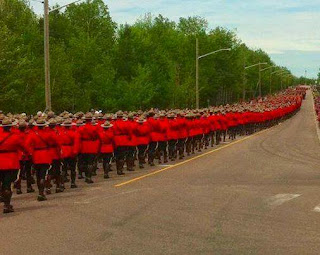 And I waited until today, out of respect for all of the bad news, the tragedy in Moncton, New Brunswick during the past week.

The funeral services for the three Moncton RCMP officers, who were killed in the line of duty, are over.  But the grief and shock are not anywhere close to finished.  The eerie feeling, the palpable distress that hangs over the city will take time, perhaps a long time, to dissipate and to heal.

I've listened to friends speak of a loss of innocence, a loss of feeling safe and secure.  Perhaps "safe" and "secure" were always just a self-delusion, a necessary suspension of reality that allowed us to hope that our city is a good place, a sheltered haven.

After last week, I can now imagine what it is like to live where gunshots, murder, injury are all around me and where hiding in one's home is necessary to avoid harm.

There are many worldwide who face this reality every day, and for all of their lives.  My heart aches for them, as it does for those in Moncton who have lost colleagues, friends, husbands and fathers this week.

Our world may yet be a place of goodness and of hope, but for now it is a place of terrible loss and unbearable sorrow.

Because of that, I will wait another day to share good news.  It still feels out-of-sync.

My sympathies reach out to those who have been affected by this tragedy.

I am so sorry for your loss and your pain.

This photo is not mine.  It posted on Facebook as RCMP officers marched to the Moncton Coliseum for the funeral services yesterday.
Posted by Carol Steel at 6:36 PM 2 comments: