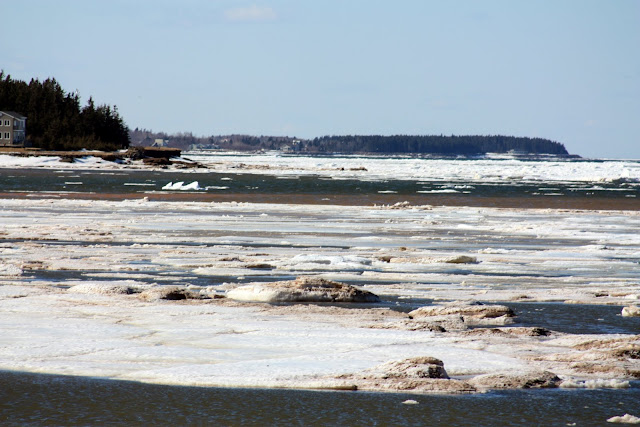 The ice and snow were melting.  Spring was exhaling warmth at Petit-Cap, on Route 950 between Shemogue and Cap-Pele, New Brunswick.  The warmth was melting the frozen edges of the shore and offering chunks of blue, free from ice. 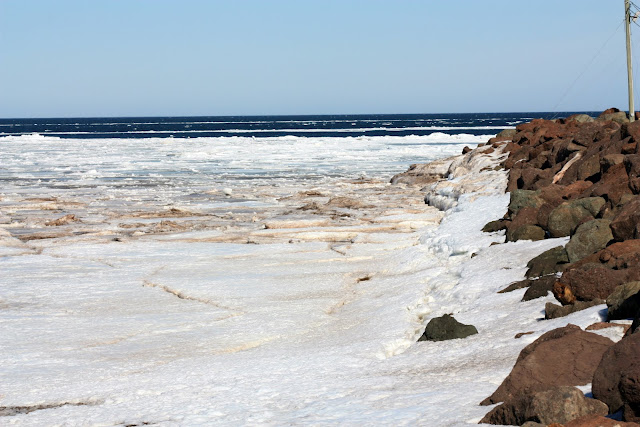 We drove down Chemin du Quai in Petit-Cap to see if we could get photos of the Northumberland Straight.  We found that we could, if we stood near the bouldered edge of the breakwater protecting the sides of the wharf.  It was, though warmer, still wintry cold with bitter winds...so, Gary took these photos.  He is less apt to freeze while photographing in a gale. 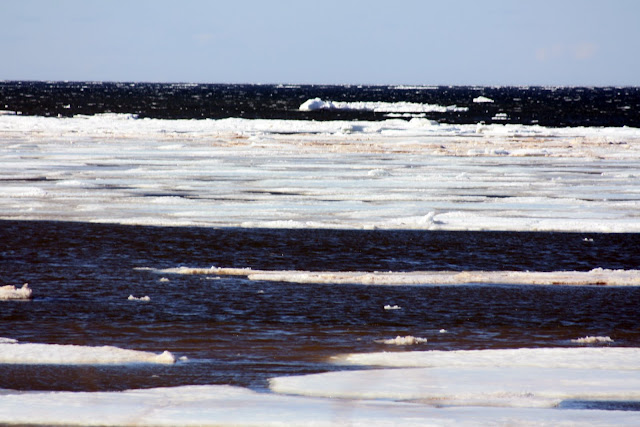 The water in the Northumberland Straight was navy, dark enough to be nearly black, a contrast against the snow cakes and ice floes.  The wharf itself was empty except for storage buildings and diesel fuel pumps unused since winter began. 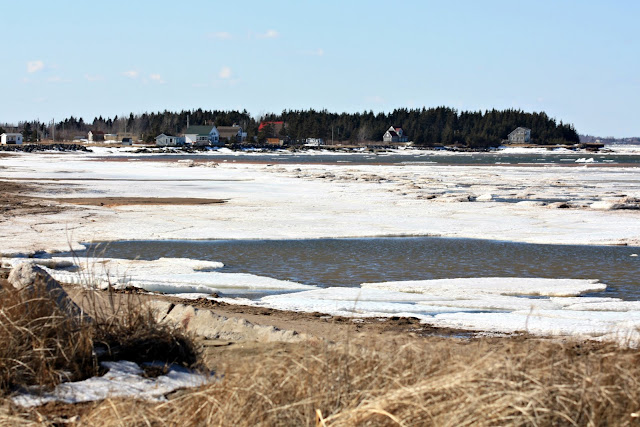 While we were taking photos, there was a parade of sturdy trucks back and forth to the wharf, checking to see if the water had opened yet.  I wondered if they were the fisher-folk who made their living from these waters.

The coast along Route 950 was full of boats on their cradles and fish processing plants. 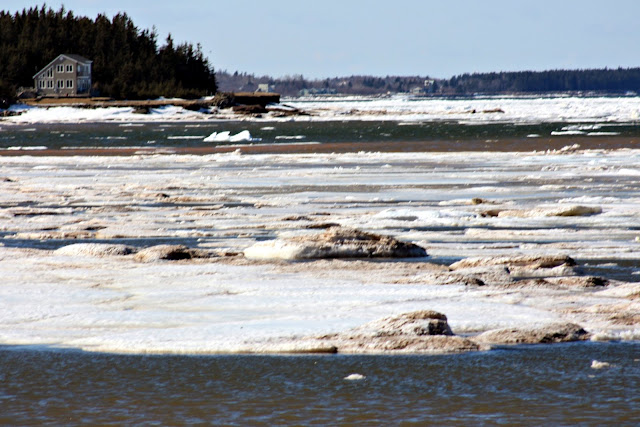 As we drove the coast, we saw homes large enough to house a dozen people interspersed with the older homes of ordinary size.  We wondered if the fisher-folk were the builders of these mansions or if the houses were vacation homes for people with money and a yearning for the sea; perhaps some of each.

The coastline was gorgeous and we envied those who lived on the Northumberland Straight, in houses large or small.

It would have been exciting to live near the water, as the Straight changed from winter to spring, as the water swallowed the ice and snow into its deep dark belly.

We were content to drive the shoreline and to have enjoyed the day and the views of melt and water.

Photos are Gary's.  Words in red will take you to another site with additional information, if you click on them.
Posted by Carol Steel at 9:43 AM

wow, I love the conrtasts in colours in these photos. It does look cold, but good to know that spring is (slowly!) on its way!

Yes, spring approaches slow-footed. The air is chilled but the promise of warmth to come is there. It was energizing to see the deep blue of the water against the white of snow and ice.