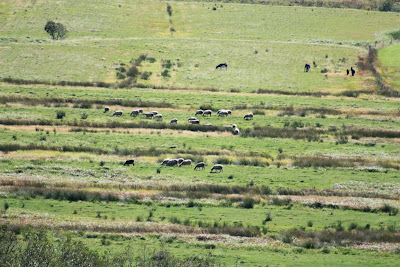 I live in a magnificent part of southeastern New Brunswick.  Within an hour's drive, there are wonders!  At Hopewell Hill on Route 114, I can look out and see dikes started in the 1700's reclaiming the Shepody Marsh for hay fields and farmland, grazing cattle and sheep and the Grindstone Island Nature Preserve. 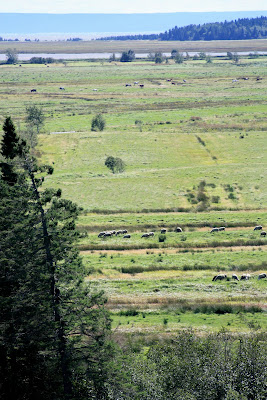 Grindstone Island, the only island in the upper bay of Fundy, has been designated as an Ecologically Significant Area (ESA) largely due to its importance as a nesting area for Peregrine Falcons, Great Blue Herons, Double-crested Cormorants, Greater Black-backed Gulls and Herring Gulls. 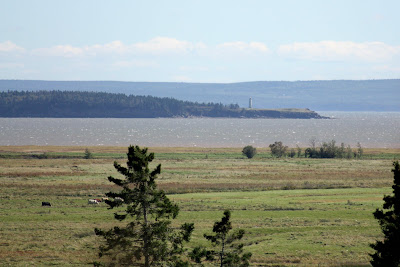 Turning off Route 114 at Riverside-Albert and following
Route 915 through Harvey, Harvey Bank, Mary's Point and on through New Horton, Cape Enrage and Waterside toward Alma, the views include intertidal mud flats, salt marshes, freshwater marshes and beaches; all a part of the Shepody Bay National Wildlife Area.  This is one of the most important stopover sites in North America for various shorebirds, including the Semipalmated Sandpipers and Semipalmated Plovers. 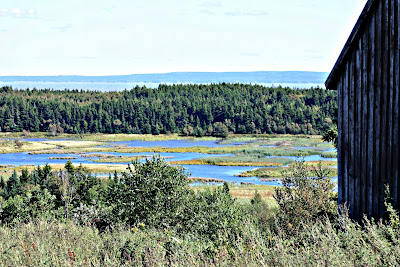 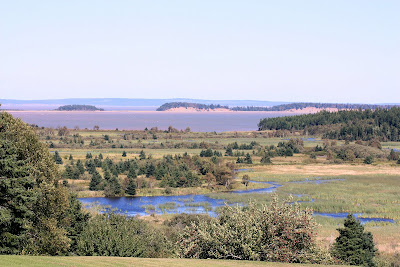 Unfortunately, my camera's battery had an untimely demise early on, in my road trip.  I'll go back and do pictorial justice to this magnificent coastline again soon.  For now, I can share only the first bits of the trip.  I encourage you to make this drive a priority and to stop and enjoy the vistas along the way, as there are many more than I have mentioned and many, many more than I have been able to capture in photos.

As usual, words in red will take you to another website for additional information when you click on them.
Posted by Carol Steel at 2:35 PM